Was the “Deal” a “Nothingburger”?

Last week’s market volatility appears to have been in response to short-term noise instead of the market cycle. “Hope” has become an investment strategy; especially hope for a trade deal with China. Tweets touting a great deal or great progress sent the market higher. However, going into the close on Friday the DOW fell almost 200 points off its high as the “nothingburger” trade deal began to be digested. Now looking at the market cycle, one of the longest in market history, third quarter earnings are about to be released. A considerable drop in year-over-year earnings is expected, see chart below. Time to invest based on the cycle and not “hope”! Please proceed to The Details for more and for thoughts regarding the trade deal from Joseph Carson, Former Director of Global Research, Alliance Bernstein.

“The stock market is the story of cycles and of the human behaviour that is responsible for overreactions in both directions.”
— Seth Klarman

Last week saw a continuation of investors succumbing to short-term noise instead of the cycle. It appears, as evidenced by the noise and market reaction, “hope” has become an investment strategy for many. According to financial media, the explanation for every large move in the stock market last week was either “hope” for a trade deal with China or lack of optimism for such deal. Early in the week optimism deteriorated sending the market downward. As the meetings were transpiring, the expected optimistic tweets lifted spirits and prices. Then, as Friday’s market close approached, the “deal of a lifetime” was announced. Only, there actually was no deal. Nothing in writing and no specific facts exposed beyond a promise by China to purchase more agricultural products, which they desperately need, and a promise not to impose additional tariffs this week on products which already maintain a 25% tariff. 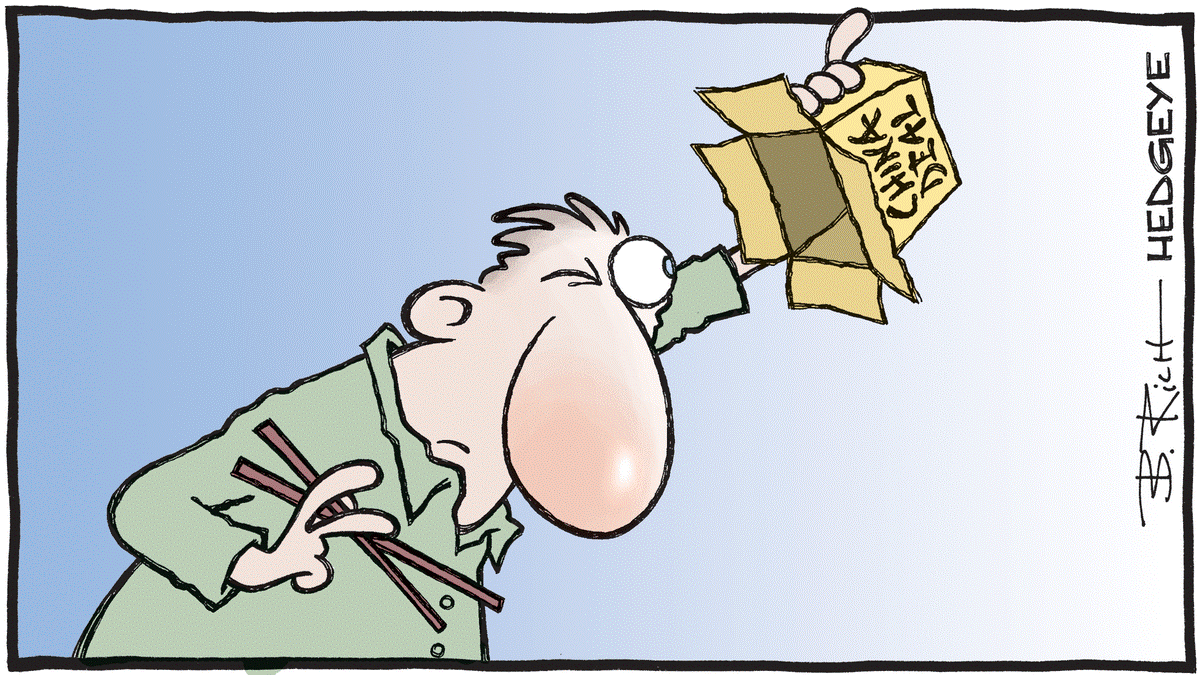 After lurching higher in anticipation (or hope) for a great deal, the market abruptly sold-off almost 200 points on the DOW after the announcement. It appears investors began seeing through the hype. In the end, the trade “deal” was little more than an excuse to talk the market higher, even if only temporarily. The floodgate of third-quarter corporate earnings will begin to be reported by the end of this week. With domestic and global economic numbers continuing to disappoint, the addition of falling year-over-year earnings should add pressure for the market to reflect reality versus hope.

“According to press reports, China has agreed to increase its purchases of US farm products up to $40 to $50 billion, although no timeline was offered. The US agreed to postpone a planned increase in tariffs scheduled to take effect on October 15, but let stand existing tariffs and did not remove the planned tariffs to take effect in December. Both sides agree to establish new rules to prevent currency manipulation (although the US designation of China as a currency manipulator still stands). Finally, it is reported that ‘progress’ (no details) was made on intellectual property protection.

Remove for a second the two countries that are involved in these trade negotiations and just look at what has been announced. Country B has agreed to purchase $40 to $50 billion in farm products from Country A. On the surface, it would suggest that the bi-lateral trade deficit between the two countries is largely centered in agricultural goods and Country A has a comparative advantage (or a surplus) in farm (agricultural) goods. None of that is true.

In 2018, the bilateral merchandise trade deficit between US and China totaled $419 billion. Yet, trade in farm or agricultural goods reduced the overall trade deficit between the US and China. In 2018, the US exported $9.3 billion of agricultural goods to China and imported $4.9 billion, recording a small surplus of $4.4 billion in farm products.
In 2018, the gross output of the US farm sector totaled $380 billion, or about 1% of the gross output of all industries. Roughly one-third, or $133 billion of farm products were exported to all trading partners. Even if the US directed all of its agricultural exports to China it would only reduce the bilateral trade deficit by one-third. But that would not result in a lower overall US deficit as it merely increases, by a like amount, the US deficit with the rest of the world. In other words, shifting the direction of farm exports does not solve the US overall trade imbalance.”

The bottom line is the “Phase 1” trade deal is really nothing new and does not come close to accomplishing the trade resolution originally desired. To complicate things further, it was stated that it would take three to four weeks to draft the agreement. Then, this morning, Monday, it was reported that China wants to engage in further talks before signing any agreements. In other words, back to square one.

The current trigger for short-term market surges is “hope” for a trade deal with China. Although, in this politically charged environment with weakening economic and earnings outlooks, it could be time to drop “hope” as an investment strategy and examine the cycle.

Third quarter earnings reporting season is about to kick into high gear. In order to keep the bubble afloat, financial media will focus on earnings “beats.” Translated, this means analysts have lowered earnings expectations just enough so when a company’s earnings are released, they will “beat” expectations. This sounds good, however, is meaningless. In order to get an understanding of the earnings picture, it is necessary to compare to the same quarter from the prior year. On that basis, earnings are expected to drop for the third quarter. 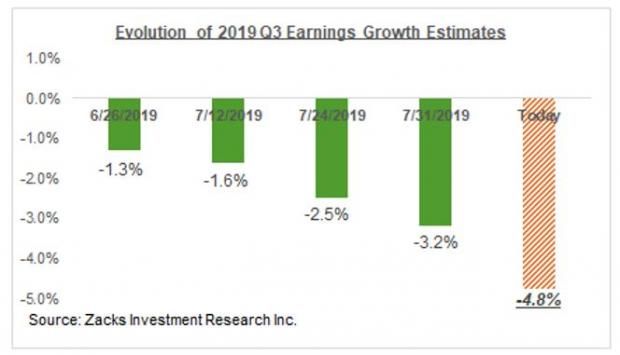 As can be seen, a full 32% of interest is ignored by most analysts examining government debt. Why is that important? The U.S. is very close to the point where total annual payroll tax revenue will drop below total annual Social Security and Medicare benefit payments. When that happens, there is no-longer a surplus of “cash” to transfer to the Treasury for government operations. The Federal government then will have a larger annual cash deficit. Federal operations, excluding Social Security and Medicare, are funded predominantly from income tax revenue. As of fiscal year-end 2018, total income tax revenue was approximately $1.9 trillion. Most analysts and politicians turn to the $357 billion in interest on debt held by the public and believe interest costs represent about 19% of income tax revenue. In reality, it is closer to 28% factoring-in total interest owed.

And that interest amount results from the current artificially low interest rates. (See my January 15 newsletter for an analysis of interest rates.) According to TreasuryDirect.com, the average interest rate on debt outstanding as of January 2019 was 2.479%. A one percent increase in average rates adds about $220 billion in additional interest expense, bringing the total to just under $750 billion annually. This would represent almost 40% of income tax revenue and would

A true deal with China resolving the many trade and theft of intellectual property rights issues is likely far from being reached. In the meantime, the focus remains on keeping the stock market bubbly instead of on the deteriorating data as this leg of the cycle comes to an end. Investing on “hopes” only lasts in the short-run; in the long-run the cycle will rule.