Will Lower Yields Persist in the U.S.?

Over the past two weeks, I have written about the global plunge into negative nominal interest rates. In the meantime, the U.S. 10-year Treasury rate has plummeted to 1.54% as of Monday, August 26. Although the Federal government utilizes several different measures of inflation, the Consumer Price Index (CPI) is probably the most widely recognized. The CPI is currently about 1.8%. Therefore, although nominal (before inflation) interest rates in the U.S. might be slightly positive, the real (inflation-adjusted) rate is negative by close to a quarter of a percent. It seems on a “real” basis, the U.S. has joined the party. 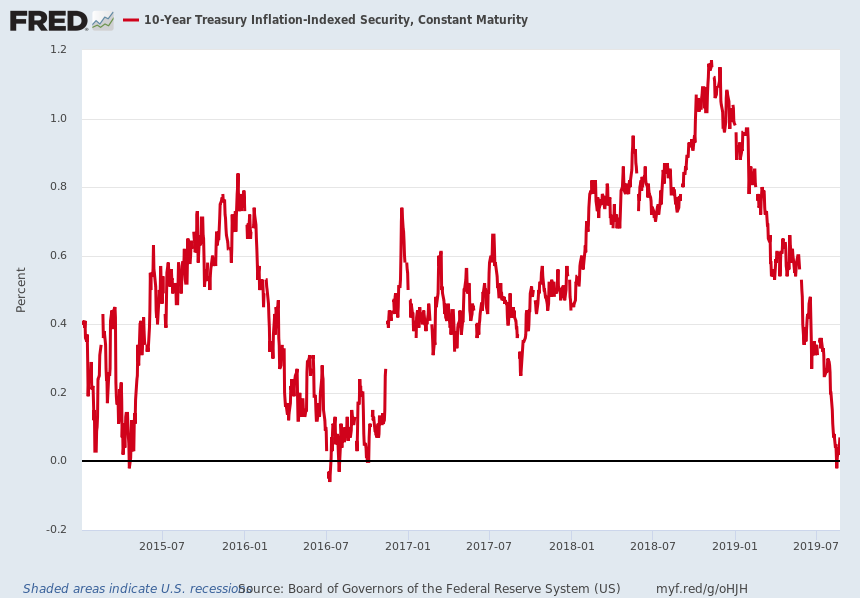 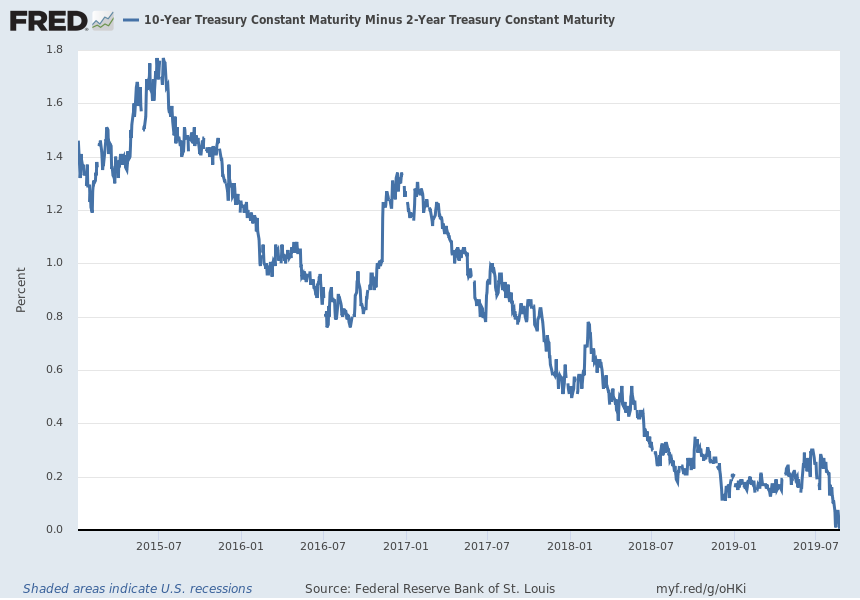 Economist Dr. Lacy Hunt of Hoisington Investment Management wrote in his June 30, 2019 newsletter about the frequency of recessions post inversion. Using the 3-month rate for the short-term indicator and 10-year or longer rates for the long-term indicator, he stated these rates had just inverted for the eleventh 11 time since 1921. He continued,

“In all previous ten inversions, recessions followed. In seven cases, flattening, not inversion, was a sufficient condition for recession. The current inversion is the eighteenth cyclical flattening since 1921, with all of the prior seventeen preceding recessions, as officially recognized by the National Bureau of Economic Research [NBER]…the curve has historically begun to steepen at the start of recessions as the Fed lowers the policy rate. This is an important point. If the Fed does not ease in a timely fashion, monetary restraint will intensify and the degree of curve inversion will also increase. A late response from the Fed, which we are now experiencing, risks worsening the recession in both magnitude and duration.”

Many economic indicators are beginning to flash warning signs. Usually, current data is subsequently revised downward revealing the existence of a recession. That is why it often takes the NBER up to a year following the start of a recession to officially declare the start date.

One of the main components in recession dating surrounds manufacturing activity. The following was reported by CNBC last week,

• The U.S. manufacturing PMI (purchasing managers index) was 49.9 in August, below the neutral 50.0 threshold for the first time since September 2009, according to IHS Markit.

• New orders received by manufacturers dropped the most in 10 years, while the data also showed export sales tanked to the lowest level since August 2009, the data shows.

Slowing economic growth combined with exorbitant debt levels are responsible for the falling long-term interest rates. The inverted yield curve is a symptom of the problem, not a cause of the problem. Dr. Hunt stated,

“With the current global experience of more than two decades of subnormal economic growth in the face of extreme over-indebtedness, numerous cases of sustained historically low levels of real yields have come into focus and the…analysis indicates this recent pattern is likely to persist. If debt levels as a percentage of total output continue higher, then investors will likely face even lower future real yields.”

Absent a drastic change in approach to debt and monetary policy, it appears lower yields will persist.