Under normal circumstances banks pay depositors interest, and then charge interest on loaning money to borrowers.  The difference between interest charged and paid represents net interest margin or net interest income for the bank. Traditional economic principles are being turned upside down in today’s world. This basic principle is changing, and banks in some countries are charging depositors to hold their money. So now depositors pay banks, and banks lend to borrowers at negative interest. Are any problems apparent in this scenario? What if depositors decide not to pay fees and negative interest and find other options for their money including holding cash? How will banks survive? Where will the funds come from to make loans? For more information on why this may result in a cashless society, proceed to The Details..

“Wrong does not cease to be wrong because the majority share in it.”
–Leo Tolstoy

Continuing the discussion regarding negative interest rates highlighted in last week’s missive, what could be an unintended consequence of the delve deeper into the abyss of negative rates? It seems the establishment global economists have determined: if a remedy has not worked it is because they haven’t pushed it far enough as the balance of negative yielding debt approximates $15 trillion. Or, they realize there is no turning back, and the goal is to prop it up as long as possible. 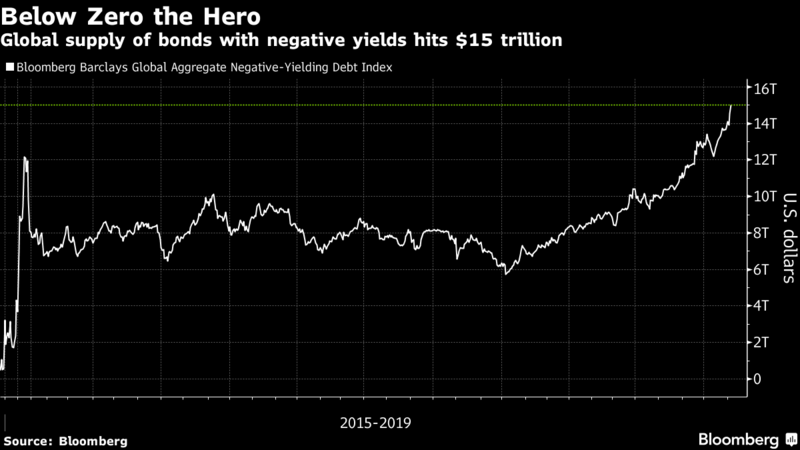 In this topsy turvy world of global experimental finance, the end result is unknown because current policy has never been attempted before recent times. Home buyers in Denmark might be ecstatic to discover that mortages with negative rates are now a reality. An article in MarketWatch on August 12 stated.

“It’s safe to say that mortgage rates have never been lower in Denmark. In fact, they’re now negative. Denmark’s Jyske Bank is now offering a 10-year fixed-rate mortgage at negative 0.5%. Additionally, Finland-based Nordea Bank announced Wednesday that it will offer a 20-year fixed-rate mortgage in Denmark that charges no interest, and the bank is preparing for the possibility of home loans up to 30 years in duration having negative rates.”

Wonderful news if you are a borrower. You get to repay less than you originally borrowed and with no interest cost. But what is the greater effect? What about the lender? There are many additional consequences including an explosion of new debt and even more house-price inflation, but that is not the focus of this newsletter.

For those accountants reading this, think about a bank’s balance sheet or statement of financial position. Others just try to make sense of the logic or lack thereof. In its simplest form, banks hold customers’ deposits and either loan the funds out or buy Government Securities, while holding a percentage of deposits in reverse. .The deposits, liabilities of the bank, earn interest at varying rates depending upon the type of deposit. The loans or investments are assets that earn interest. Not interest margin. is the amount earned on loans and investments, minus the amount paid on deposits.

Now let’s look at this scenario in today’s backwards world. Deposits apparently will be used to lend to borrowers at negative rates. Therefore, no interest will be earned by the bank, only fees associated with the loans. In order to have the funds to loan, deposits are required. Historically, depositors place funds in a bank for several reasons including safe-keeping, interest earnings, check-writing ability among other services. What happens if banks not only don’t pay interest on deposits, but change feeds or de facto negative interest?

From a bank’s perspective, they are paying interest on loans and charging depositors. Are any problems apparent in this scenario? What if depositors decide not to pay fees and negative interest and find other options for their money including holding cash? How will banks survive? Where will the funds come from to make loans?

And it is for this reason, it is not inconceivable for a push by global elites to eliminate cash and transition to electronic money. In this example. I am not referring to crypto currencies, although that is a possibility and a topic for another day. I am talking about using credit cards, debit cards wire transfers, etc.  for all money exchanges. No more bills in your wallet or change jingling in your pocket. By this means, banks would be able to control the money supply. Money would be held by banks and could only be spent, loaned or transferred electronically. No more stockpiling cash outside of the financial system.

Many readers might think this sounds too ridiculous to be reasonable. I say, how many people thought that close to $15 million in negative yielding debt with plans for negative-rate mortgages would ever be a reality? While this transition will not occur overnight, banks will be required to move society to that direction. It is a matter of survival in an upside-down financial world. 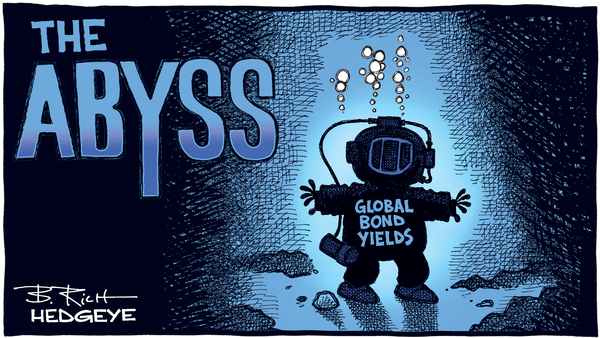 I encourage readers to become aware of what is occurring in the global financial system today. The ultimate outcomes could be momentous. It is happening as each day passes, and there is no concerted effort to stop the negative yielding train. A cashless society is but one possible consequence of today’s absurd monetary policy. Stay tuned to the Updates as more developments unfold.