What Will the Market Do After the Election?

Everyone seems to be wondering what the stock market will do after the election.  Prognosticators are theorizing what will happen, and arguments go both ways for both candidates.  It is important to remember the landscape is different this election:  U.S. is in recession, the world is in a pandemic, and stock prices are more overvalued than ever before.  Solutions by both sides involve Federal debt – financed by the Federal Reserve printing press (see first graph below).  The third and fourth graph illustrate the stock price overvaluation.

Please proceed to The Details and particularly the last paragraph for a description of avoiding negative impacts no matter who wins or how the market reacts.

On election night 2016, it was said that if Donald Trump won, the stock market would crash.  As the results came in and it appeared he had a real chance of winning, the Dow futures fell over 4%.  Then, to everyone’s “surprise,” when the market opened, it recovered the future’s loss and ended the day up 1.4%.  Once again, as election day nears, the prognosticators are stating what will happen if either candidate wins.  The arguments go both ways for both candidates.  So, who should you believe?

It is important to consider, the environment is a “little” different this time.  The U.S. is in recession, in the middle of a pandemic, and stock prices are more overvalued than ever in history.  On top of that, both sides have promised some sort of future stimulus.  It seems the amount won’t be agreed upon until after the election.  In which case citizens will be able to determine what was pre-election bluster versus actual desired stimulus.  And, the U.S. ran a deficit of over $3 trillion last fiscal year, with trillion-dollar deficits projected as far as the eye can see.  Since there is no magic “pot of funds” reserved for stimulus plans, any new programs passed by Congress and signed into law will require additional massive borrowing.  The funding for the majority of which will be derived from the Federal Reserve Bank’s (Fed) electronic printing press.  The current Fed asset balance is over $7 trillion and compares to a pre-Great Recession balance of under $1 trillion. 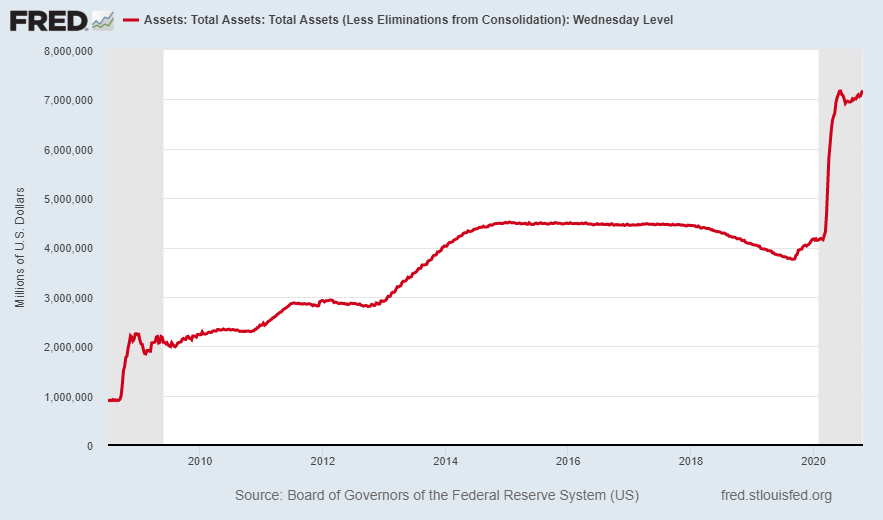 Knowing this, it should be obvious what the market will do under either scenario, right?  Wrong.  The stock market has not reflected underlying fundamentals for years.  More recently, the daily moves have been more unpredictable than the weather, moving intra-day based upon statements and Tweets about further stimulus probabilities.  The manipulation continues to this day.  If you are having déjà vu, don’t fret, I am too.  The market is a redux of the China trade deals.

Potential future policies could not be more starkly different between the candidates.  Will the market react positively to the potential for massive future government indebtedness and possible implementation of Modern Monetary Theory (MMT) (or the direct funding by the Fed of government programs)?  Or will the market fear too much debt and printed money?  Will the market begin to notice that corporate earnings are down about 45% year-to-date compared to the same period last year?  Will the thought of a worsening pandemic and more potential business closures impact market action?  All of these will affect the stock market in one way or another.  Currently, much speculation exists as to how the market will react.  No one knows what will happen in the very short-term.  But in the long run, the market will reattach to fundamentals which will require a significant correction in stock prices.  The picture below is from Stephen Lendman’s blog post via Zero Hedge. 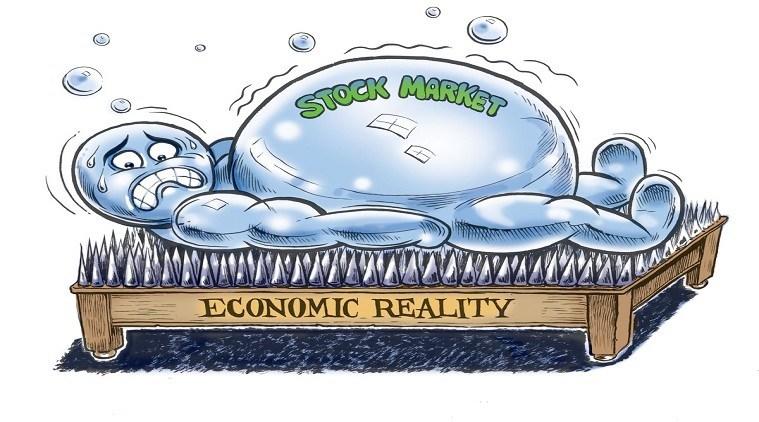 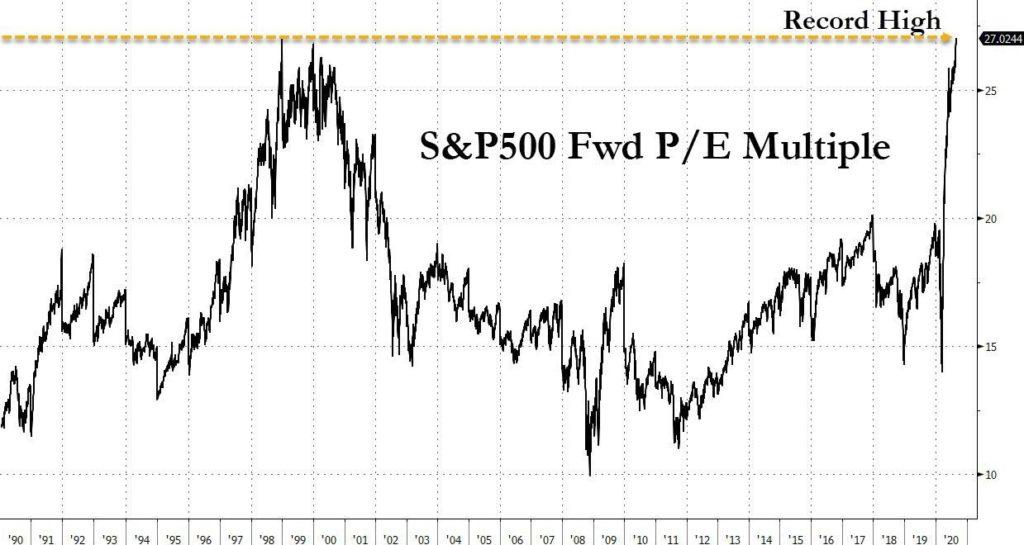 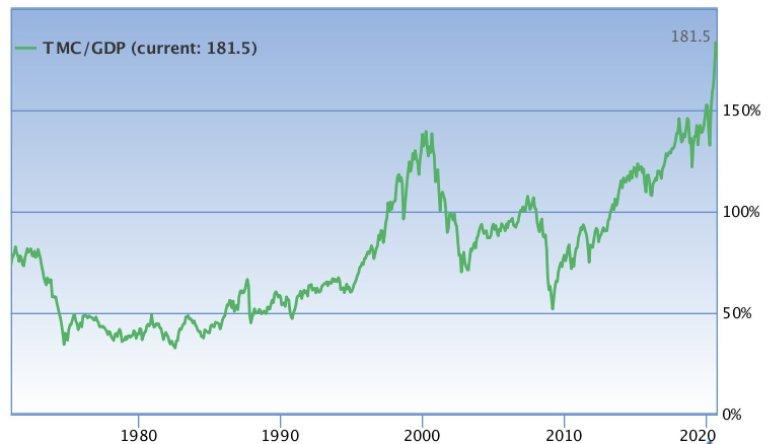 With a clearly overvalued stock market and widely divergent proposed policies, what should an investor do leading-up to the election?  Though the polls seem to all be leaning in one direction, we saw how that worked-out last time.  There are many forces indicating a substantial drop in the stock market should be on the horizon.  The one opposing force – created money – has had the power of Goliath propping up the market.  Anyone who says they know exactly what the market will do in the week after the election is merely guessing.  Do not be fooled by prognosticators.

My best advice going into this election is to remain hedged to the point where your portfolio will not be affected too negatively no matter who wins the election or which way the market moves.  Once the dust settles, there will be an opportunity to formulate a clearer plan based upon the circumstances at the time.  Fundamentals and the disconnect will not change due to the election.  Only the amount and timing of future stimulus remains up in the air.  As I always say, speculators can move the market in the short run; however, in the end fundamentals will rule.